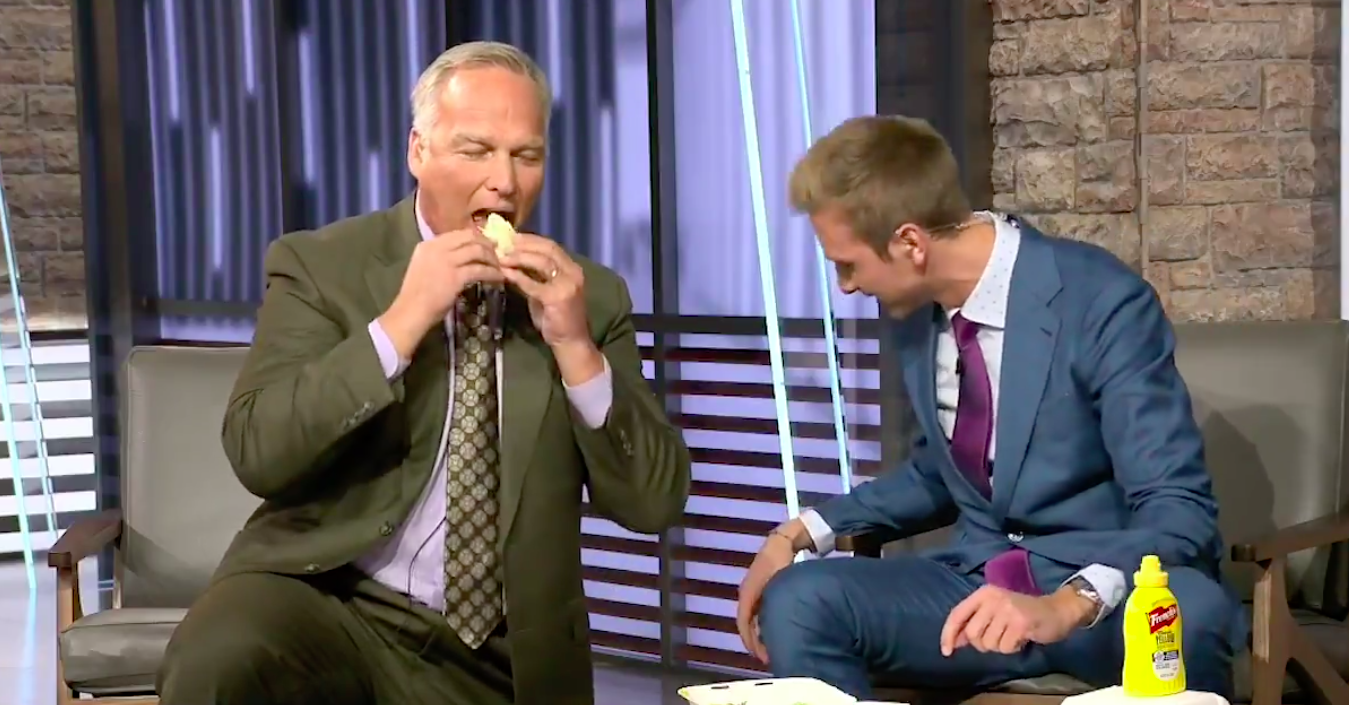 Mark Richt is living the good life. Instead of grinding out another college football season, worrying about the demands and hyperfocus that come with being a head coach, he’s posting pictures of himself on the beach with cheese balls and generally enjoying retirement.

Life doesn’t get much better than this! Just think I could be grading film right now!! pic.twitter.com/6s5V6JMYJE

Mark’s not entirely done watching film, however. He’s an analyst for ACC Network and working the studio show every Saturday before, during, and after ACC football games. And ever since the network got off the ground a few weeks ago, Richt has been bringing that same Retired Dad Who Isn’t Golfing Today energy with him.

ICYMI: @MarkRicht had himself a night at our All ACC Watch Party

Richt may have set the high watermark for what we can expect from him each week on ACC Network when, this past Friday, he demonstrated the Mark Richt-Approved way to eat a sandwich in ten bites.

bites is all @MarkRicht needs to eat a sandwich

Richt shares some real insight along the way, documenting the portions of the sandwich to consider, including the “filet” in the middle and The Little V, your diagonal ending to each half. Who says you can’t learn something new watching college football studio shows?

Even when he’s not doing good Retired Dad Killing Time Until The BBQ Heats Up schtick, Richt continues to bring an easygoing vibe to the ACC Network studio that should serve them well with their coastal audience base. This Saturday, shots of the studio during halftime of the network’s Syracuse – Western Michigan game showcased a Richt just hanging out and happy to not have to do much heavy lifting. And when he did do some talking, you got a real Retired Dad Who Had A Third Heineken vibe. 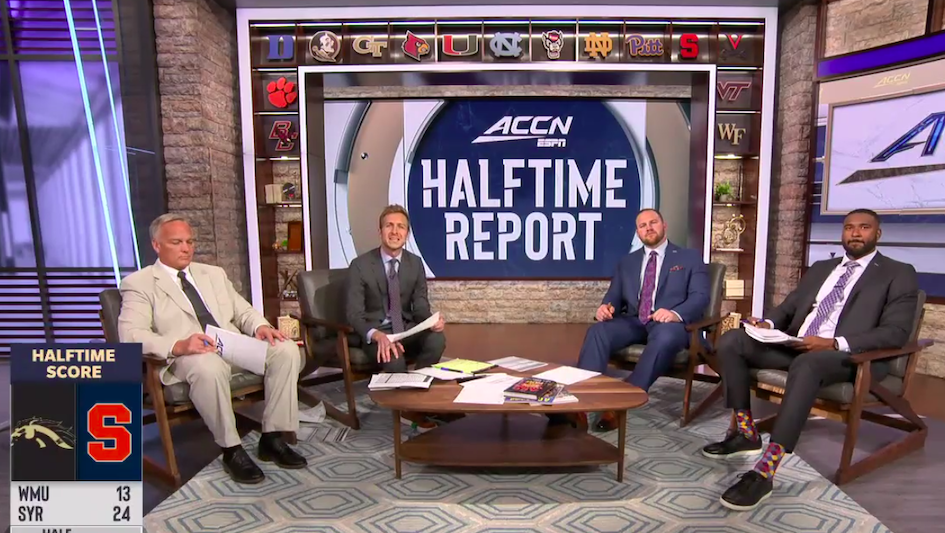 Mark Richt is just having a good time, you guys. Let’s enjoy the ride before he inevitably gets sucked back into the college football coaching hellscape at, I dunno, let’s say Florida State.

The post ACC Network’s Mark Richt is eating sandwiches and just having a good time appeared first on Awful Announcing.