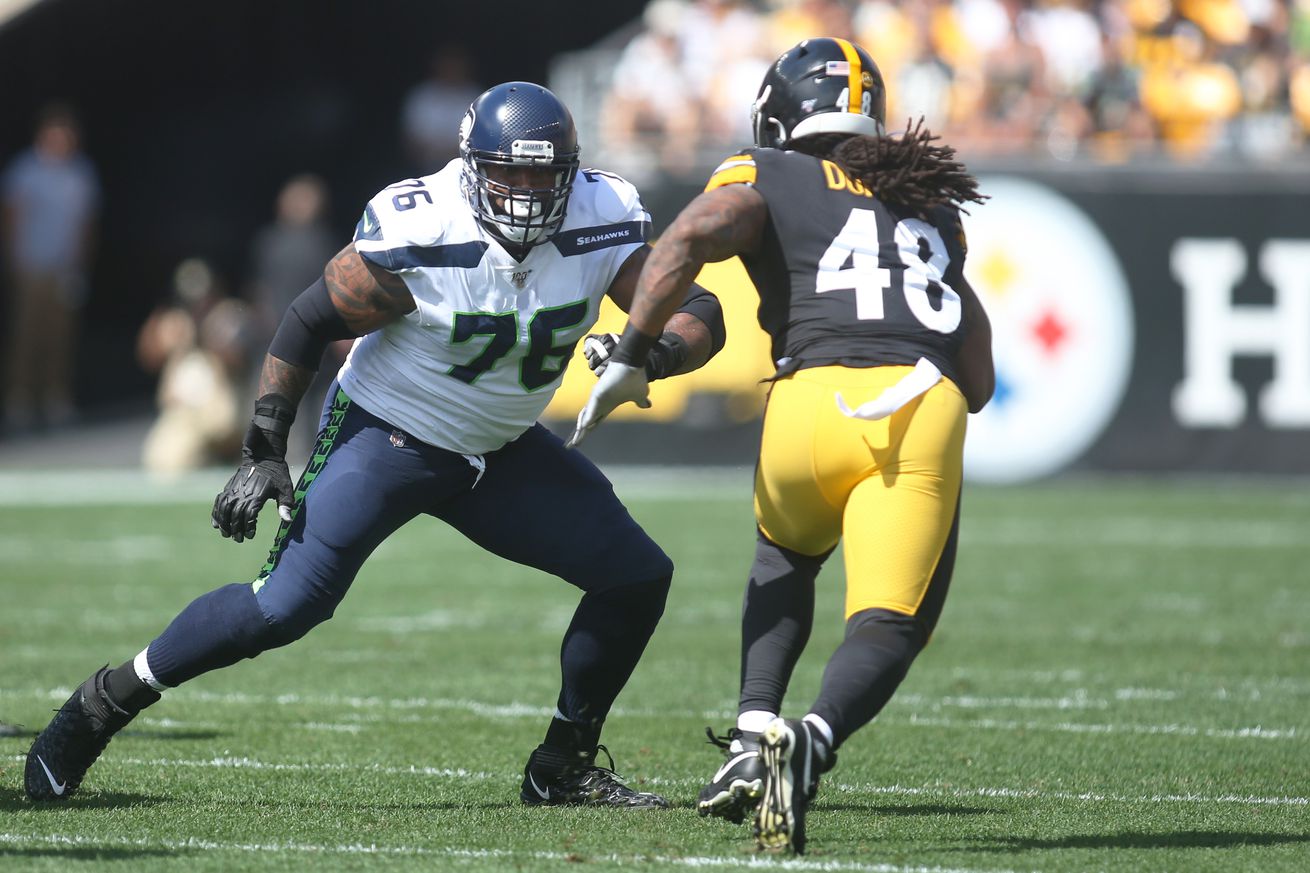 One of the biggest moments of the Seattle Seahawks’ win over the Pittsburgh Steelers was Pete Carroll successfully challenging that Tyler Lockett was interfered with on a 2nd and 20 play deep down the field. What also happened on that play that should’ve given the Seahawks an automatic first down was a very obvious yet somehow not flagged helmet to helmet shot by Bud Dupree on Russell Wilson.

This should be at least a foul and potentially an ejection.

Obviously a 15-yard penalty compared to 38 yards means quite a bit, but perhaps Carroll would’ve never challenged the DPI had the refs done their job and flagged the Dupree hit right away.

If this were college football, that could’ve been reviewable as a targeting penalty and Dupree would’ve been ejected. Alas, this is the NFL, and while pass interference is now reviewable, roughing the passer is not.

The league has since acknowledged that this should’ve been roughing the passer, and while the news is coming later than expected, Dupree did face monetary punishment.

Fine: #Steelers LB Bud Dupree was fined $21,056 for a hit on a quarterback, his uncalled shot to #Seahawks QB Russell Wilson’s head. Dupree apologized after the hit.

How Kliff Kingsbury can fix the Cardinals’ red zone issues

MLB Chronicles: What to watch for in the last ten days of the playoff race