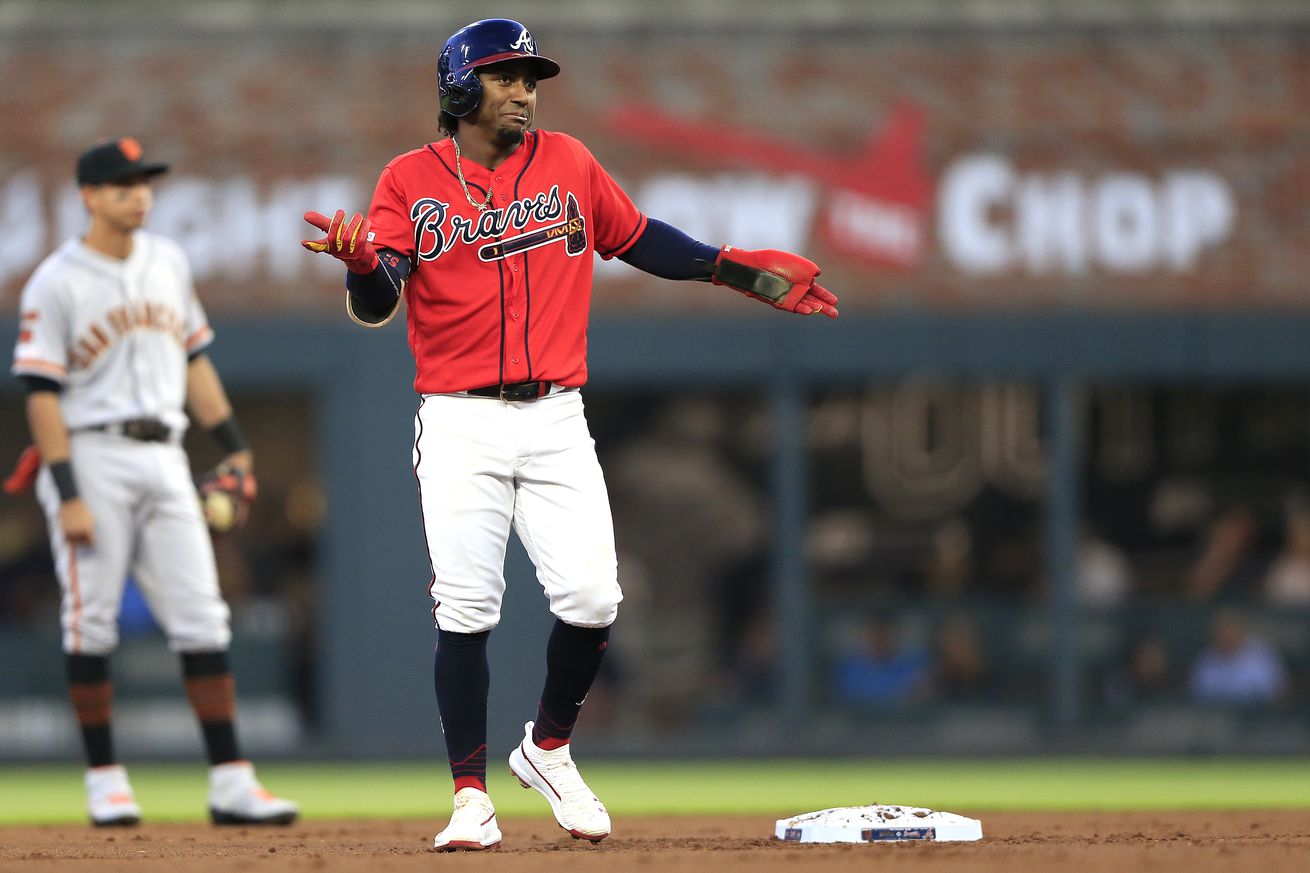 After tonight, just one more day of the Braves demolishing the Giants. On the other hand, there’s a slightly chance that all the partying from their division clinch party last night means the Giants will get a more subdued, less talented group of Braves. That might actually make it a little bit closer than a 6-0 nothingfest.

And Johnny Cueto’s on the mound, so, you know, there’s always a chance for something fun and dominant there. He didn’t look quite as sharp last time out. He looked electric in that first outing against the Pirates, but against the Marlins, he couldn’t quite hit his spots. Now on the road against a lineup far superior to the Marlins’, he’ll get his first big test since returning from Tommy John.

Oh. Nope. That’s still an extraordinarily talented lineup, even with Billy Hamilton in it. He actually has a .346 OBP with the Braves (26 PA). They claimed him off waivers from the Royals back in August.

Max Fried was actually drafted by the Padres and then became a part of the Justin Upton trade before the 2015 season. He appeared in 23 games from 2017-2018, but this year, he’s stuck on the roster all year long. The 25-year old lefty has a 4.25 ERA/3.82 FIP split with a 9.5 K/9 in 156.2 IP. He has been nearly similar in value to Madison Bumgarner, if you want to get a sense of how he’s performed. Unlike Bumgarner, he’s largely a fastball-curveball guy, though, with a 37.5% whiff rate on the latter pitch. Good luck, young Giants lineup: