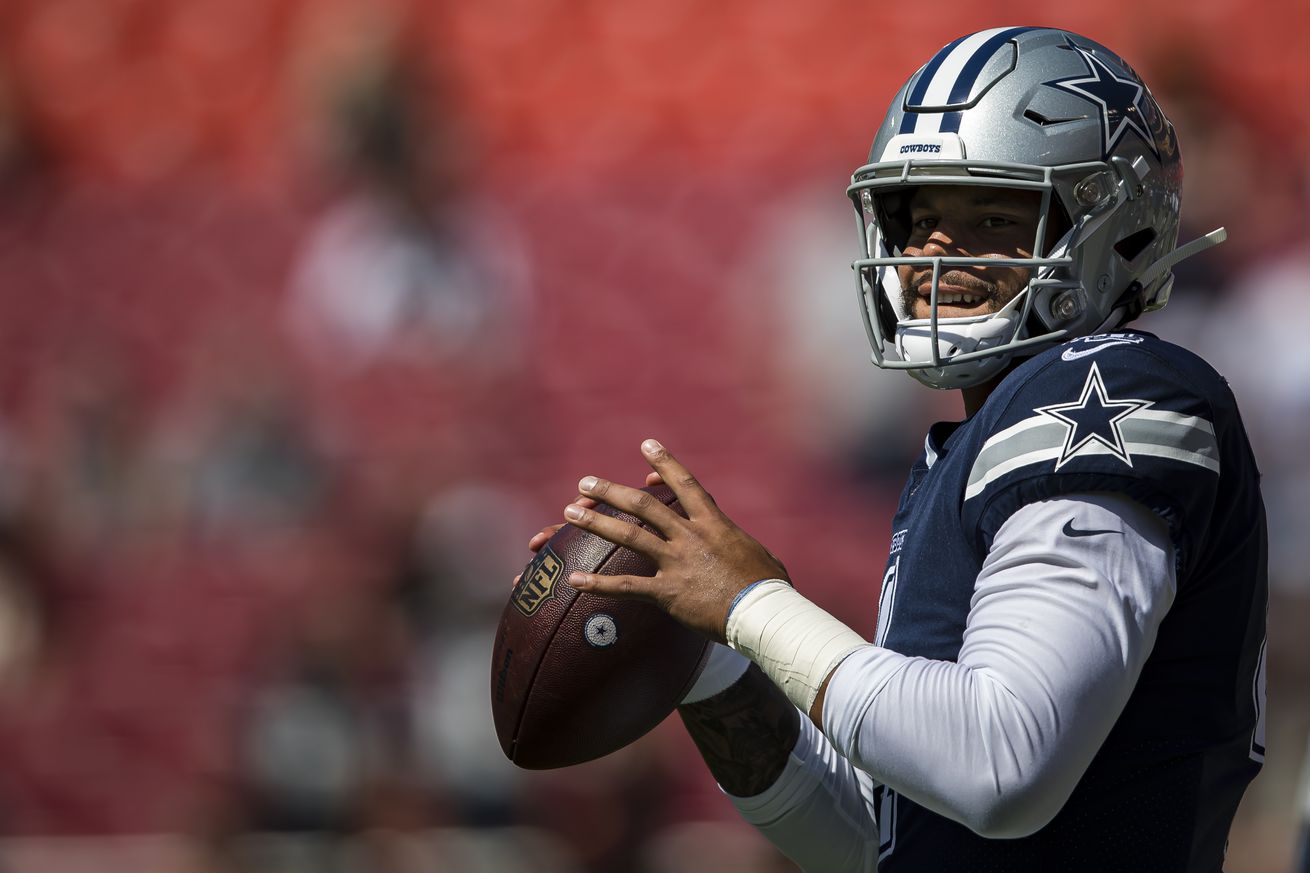 Not sure who to start? Here are all the tips you need.

Going into the third week of the season, we’re starting to get a better sense of how good each team is or isn’t, and how reliable some players can be. Some players backed up their Week 1 performances with matching performances last week, such as Dak Prescott or the Dolphins defense, while others, like the Bengals as a whole, put forth two completely different performances. So if you’re looking at your fantasy football lineup after all of this and unsure of who to start, you’ve come to the right place.

I’m not saying Josh Allen has put it all together, but he had a pretty good outing last week, compiling 274 total yards and two touchdowns and, unlike the season opener, didn’t turn it over at all. Now playing at home against a Bengals defense that just gave up 41 points, Allen should be in a good position to build off his momentum.

For all the talk of the Eagles being a team to beat this year, their defense has not lived up to the part. Through two games, the defense has surrendered at least 320 yards and three touchdowns to both Matt Ryan and Case Keenum. Stafford, who’s quietly enjoying a great start to his season, has averaged 315 yards a game so far and now finds a favorable matchup against this Philly secondary.

It might surprise you, but Colts running back Marlon Mack leads the NFL in rushing attempts through two games. He’s been given a workhorse amount of carries and saw usage in the passing game last week too. He’s listed as questionable with a calf injury, but all signs point to him playing on Sunday against a Falcons defense that’s still figuring themselves out.

Frank Gore is like a fine wine. He’s 36 years old and in the midst of his 15th season in the NFL, yet the running back is still producing. After splitting carries in the first game, Gore took on top back duties last week when rookie Devin Singletary went down, and he put up 68 yards and a touchdown. With Singletary ruled out this week, expect Gore to see a bigger workload against a Cincinnati defense that just gave up 259 rushing yards and two touchdowns to the 49ers last week.

While the Chiefs defense has shown promise under new defensive coordinator Steve Spagnuolo, they’re still firmly in the category of “not good” after giving up 525 passing yards through two weeks against average quarterbacks. Now they’re facing the red-hot Lamar Jackson, who clearly has a connection with the speedy Hollywood Brown. Expect a big day from the rookie wideout in a game that could very well turn into a shootout.

With the Cowboys’ leading receiver Michael Gallup out this week, Dak will have to find someone else to throw to. While the Dolphins will probably rely on Xavien Howard to limit Amari Cooper, the departure of Minkah Fitzpatrick should open things up for a big day from Cobb, who’s already showcased some good chemistry with his new quarterback.

If you’re like me, you were able to get Greg Olsen in one of the final rounds of your draft and then sit back and laugh last week as he caught six balls for 110 yards. While Olsen won’t replicate that kind of performance, he should have a high usage rate yet again with backup quarterback Kyle Allen being thrust into the starting role.

Anytime the Patriots play a home game, it’s a good idea to start their defense in fantasy. Factor in that the Jets will be starting third-string quarterback Luke Falk for the first time in his career, and this is a game that could really, really ugly. Sorry, Jets fans.

For the first time in history, there are two teams favored by 20+ points this week: the Patriots and Cowboys. Pats kicker Stephen Gostkowski is usually a safe bet, but he missed a field goal and two extra points last week. Maher, on the other hand, is hitting 100% in both areas so far (knocks on wood vigorously). Look for him to rack up some points through extra points and possibly also some field goals.

After getting off to a hot start last week, Carr bombed the rest of the game against the Chiefs defense. He put up 147 passing yards in the first half and threw for a touchdown, but was limited to just 51 second-half passing yards and threw two picks. If he struggled against the Chiefs defense, imagine what he’ll do against a stacked Vikings defense

After two whole games, it’s becoming clear that it wasn’t just rust that Trubisky needed to shake off. The third-year signal caller looks plain bad, and while he’s facing a defense that’s not nearly as skilled as the ones he’s faced so far, I can’t in good conscience advocate for starting Trubisky until he proves otherwise.

I believe in Teddy Bridgewater. He’s a talented passer who still has the potential to be the franchise quarterback he was becoming before injuries cut him down. New Orleans has the system in place to help him succeed, too, but not this week. On the road in Seattle is bad for anyone, but a quarterback making his first meaningful start since 2015? Not a good situation for Teddy.

Scary Terry is here to stay, as the rookie has caught a touchdown in each of the past two weeks and solidified himself as the best receiver for Washington. But don’t expect that to continue this week because he’s facing a nasty Bears defense that doesn’t give up much.

DJ Moore has been an underrated fantasy player this year, especially in PPR leagues, and he’s got a favorable matchup against a mediocre-at-best Cardinals secondary. The problem is Cam Newton being out, which will likely take away some of the opportunities for the versatile receiver.

OJ Howard was once considered a rising star at the tight end position after averaging 16.6 yards per reception in both 2017 and 2018 and catching 11 touchdowns over that span. But through two games under head coach Bruce Arians, Howard has caught four passes for 32 yards. His role has been inexplicably diminished, and not a single pass was thrown his way last Thursday against the Panthers. It looks like the once-promising player doesn’t have a place in this offense for now.

There might be some temptation to throw the Steelers D out there, especially after the Minkah Fitzpatrick trade, but this week is just not a good time to do it. Traveling cross country to play the 49ers, whose offense is really clicking right now, is not the best situation for fantasy owners.

Problems came up again for Bailey last week. After a perfect outing at home in Week 1, Bailey struggled on the road, missing a 47-yard field goal attempt and and an extra point. It’s sad to see a once-great kicker go through this, but Bailey can’t be trusted for right now.

How much money will the Patriots have to pay Antonio Brown?