5 Qs, 5 As: What the Saints look like without Drew Brees and why they’ll survive 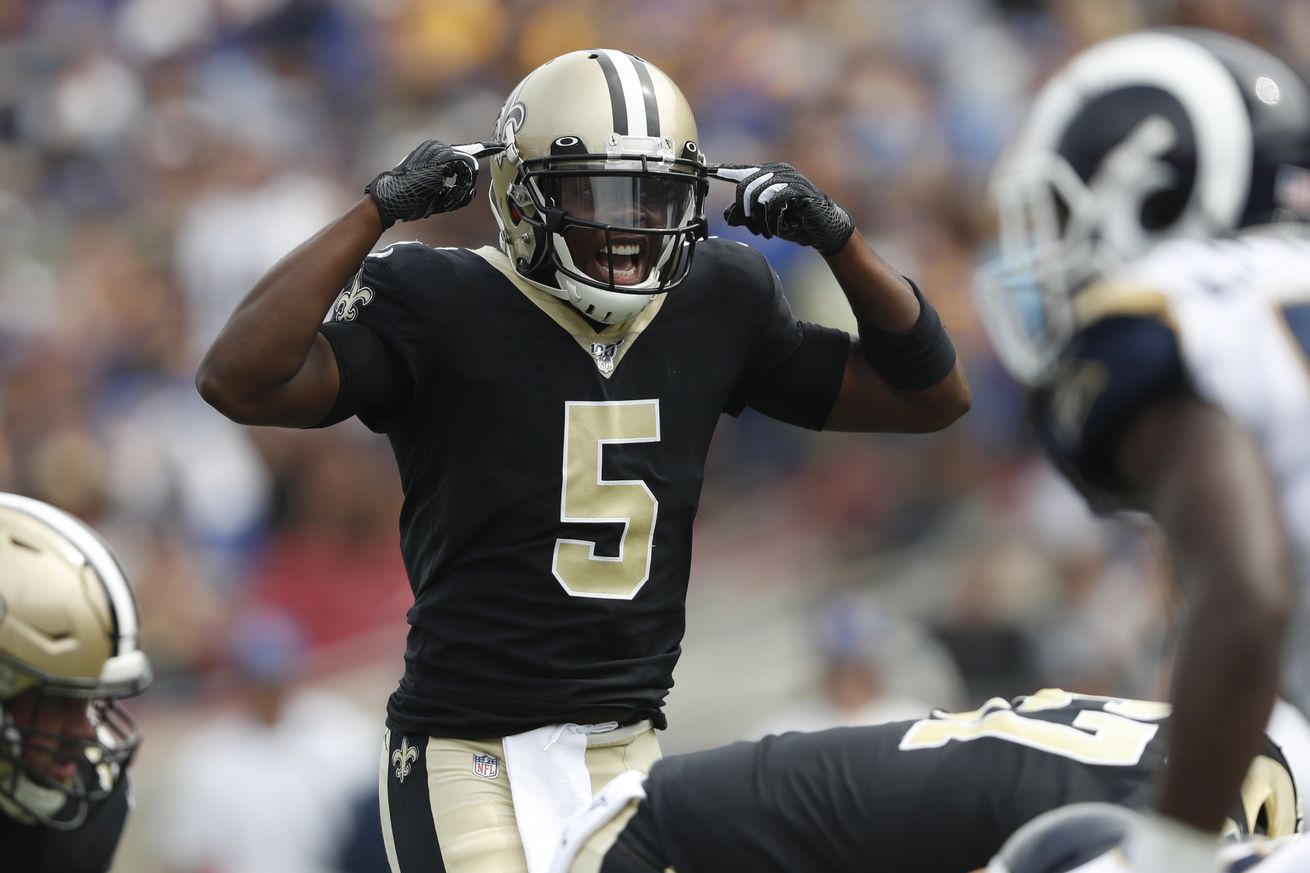 You know how this works by now! The Seahawks play the Saints on Sunday and for the first time since they signed him in 2006, New Orleans is going to be without Drew Brees for more than one game. His absence is the great unknown, not just for the team in Seattle, but for the coaches and fans of the Saints and everyone else. To try and get a better idea of what to expect, I sent five Qs to Chris Dunnells of Canal Street Chronicles, and in kind he sent me five corresponding As.

Q: There’s no way to know until you know, but Teddy Bridgewater hasn’t played much meaningful football since 2015. What’s the expectation based on a start in Week 17 of last season, his game last week, and his preseason performances? Not just can the offense function but can Alvin Kamara and Michael Thomas continue to be as effective without Drew Brees?

A: There will obviously be a decrease in offensive production any time you’re moving from a future Hall of Fame quarterback to literally anyone else. So to answer your last question, no, I don’t expect Kamara and Thomas to be “as effective” without Drew. I simply hoping for them to be “effective.”

I believe “effective” is definitely on the table with Teddy Bridgewater. Call me an apologist, but there are too many issues with his previous “starts” where I don’t put much stock in them. In Week 17 last year, the Saints were resting the majority of their other starters, including the offensive line, so Teddy had practically no time to throw all game. Last week, Teddy was forced to come in when the offensive gameplan was scripted for Drew Brees. There were no designed plays to get Teddy out of the pocket and no designed shots down field.

Against the Seattle defense on the road, this still isn’t a completely fair test for Teddy, but I imagine this will be the first chance we see what Bridgewater can actually do in a Sean Payton offense.

Q: The Seahawks have had issues protecting Russell Wilson over the first two weeks. This sounds like a “same old story” but we expected the line to be much better and so far the Bengals and Steelers have managed to put consistent pressure on Wilson. How’s Marcus Davenport looking in year two and are the defensive tackles shining at all during the absence of Sheldon Rankins? Any thought to Rankins playing?

A: I doubt Rankins plays this week. We would obviously need to see him go as a full participant for a full week of practice before anticipating his suits up for the game.

Davenport has played well enough, although it doesn’t quite show up on the stat sheet. He’s been generating pressure on opposing quarterbacks, even helping other defensive linemen get sacks, but hasn’t been registering the sack totals to make the Saints’ fanbase pleased with the two first round selections necessary to acquire him.

It’s actually been Trey Hendrickson who has stepped up in a big way in the sack game, so he’s another name to look out for on the defensive line.

Q: Is Tre’Quan Smith or any other receiver on the roster beyond Thomas “special” or is it just Thomas and sometimes Ted Ginn? Is diversity even important in this offense or can it really function and funnel through just two players, Thomas and Kamara? (I still can’t help but again bring up the absence of Brees and wonder what’s going to happen next.)

A: I don’t want to go full-Bill Clinton on you, but it depends on how you define “receiver.” If it means “wide receiver,” then it’s just Thomas plus a bunch of potential. If “receiver” means “pass catcher,” then you’ve also got Alvin Kamara and Jared Cook as elite options at their respective positions. At wide receiver, it’s Thomas, sometimes Ted Ginn Jr., and sprinkles of young guys with upside like Keith Kirkwood and Tre’Quan Smith. It’s to-be-determined if players like Kirkwood, Smith, or UDFAs on the practice squad like Emmanuel Butler and Lil’Jordan Humphrey ever amount to anything special.

Q: What’s the one spot on defense that has every Saints fan worried every week?

For two weeks in a row, and a consistent issue all last season, the Saints get burned in the slot by speedy wide receivers like Kenny Stills and Brandin Cooks. Marshon Lattimore struggled mightily last week against the Rams and Eli Apple has never lived up to his first round draft status. The Saints defensive line is playing above average right now, and the safety play is fine. It’s the cornerback play right now that has been so up and down.

Q: Finish this thought: “The rest of the world would know that the New Orleans Saints are going to be just fine without Drew Brees for a couple months if they just knew that....”

A: …Sean Payton is still the coach of this team.

The last time Drew was forced to miss time to injury was in 2015 when he missed a single game against the Carolina Panthers. When given a week to prepare with backup Luke McCown, Payton was able to draw up an offensive script that highlighted McCown’s strengths and attempted to hide his weaknesses against a talented Panthers defense. The Saints ultimately lost the game 22-27 due to a last-second interception in the end zone, but McCown and Payton helped keep the Saints competitive with McCown going 31-38 for 310 yards.

There are few offensive minds in football like Sean Payton. Saints fans need to trust that given a week to prepare, Payton can develop a plan to keep the Saints competitive with Teddy Bridgewater.

A: I’m a horrible football fan and had to Google both Dickson and Ford. Please don’t crucify me.

What to do with Austin Ekeler in fantasy football: 4 scenarios to consider

5 Qs, 5 As: What the Saints look like without Drew Brees and why they’ll survive