Brittany Howard’s Album, ‘Jaime,’ Is a New Kind of Americana 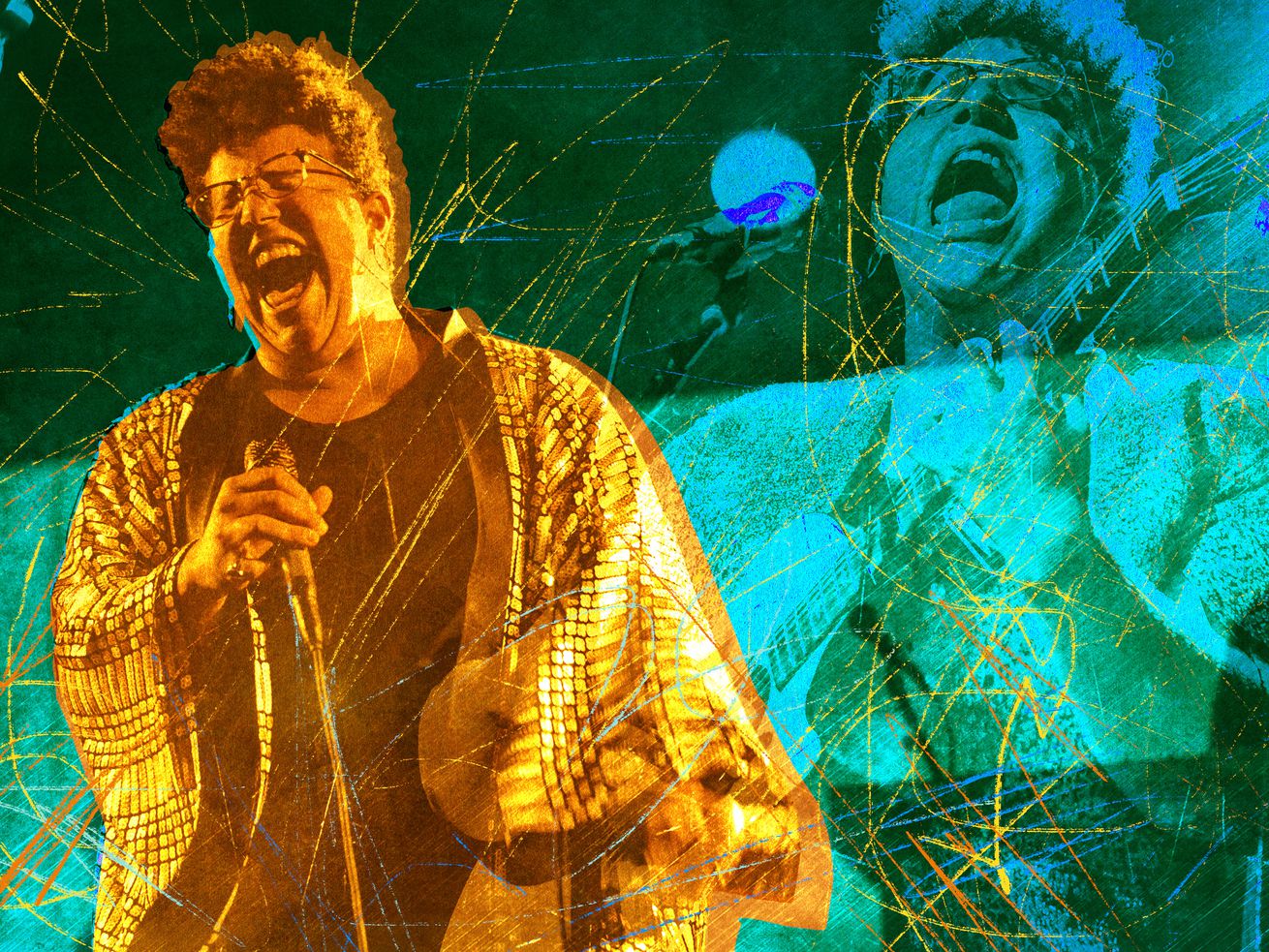 The peerless voice of the Alabama Shakes frontwoman powers through on a solo debut that explores her anxieties, her sexuality, and her fears

To my mind, the most satiating and appropriate setting for an Alabama Shakes record, and for most music from bands that classify as Americana, is a specific time of week. It’s late on a bright Sunday morning, or early on a bright Sunday afternoon. There’s nowhere you have to be, and only a few things that need actual doing before work starts back up again on Monday. It’s mild enough out for open windows—maybe 68 degrees—befitting that mood where folding a pile of laundry or doing a sinkful of dishes feels pleasant and recreational, instead of just, you know, burdensome. It’s also, almost always somehow, vaguely 2013.

Let’s be clear, though: Brittany Howard’s voice is the most forceful and outstanding voice in the genre, and perhaps one of the most forceful and outstanding voices out there, on Earth, full stop. She’s the Shakes’ frontwoman, if you didn’t know, and she sings with both the gravelly authority and temporal fuzziness of a limited-view narrator in her own story—floating outside of time yet battered by and yanked along in its choppy current. You could describe the sound of it directly—she shrieks, she bellows, she howls—but it’s a voice best understood in tactile terms. It feels like the dull rap of thick, late-summer rain on the windshield, or the scratchy stiffness of Cone Mills denim, or the comforting warmth of a home-cooked meal. On “Gimme All Your Love,” from the Shakes’ 2015 album Sound & Color, Howard’s voice radiates with maturity, and is all of these things—plus, there’s like two straight minutes of awesome, shimmery, swamp-rock guitar vamps at the end of the song.

Sound & Color, by critical consensus, remedied the minor sin of the band’s 2012 debut Boys & Girls. While still a strong first outing, Boys & Girls never managed to break the rigid, boring confines of old-school revivalism. It’s to the Shakes’ credit that Sound, their follow-up, satisfyingly nudged the boundaries of the genre, rolling funk, psychedelic, and soul elements into their folksy blues. The album won the band its first no. 1 Billboard debut, three Grammys, and the kind of ubiquity that captures new listeners from coffee shops, commercials, and movies. And, as tends to happen with indie darlings that rise to a certain level of fame, the most recognizable face/voice in the group struck out solo. Jaime, Brittany Howard’s debut album, if you close your eyes and think about it for a minute, isn’t too far off from an Alabama Shakes album. Except for that the album comes from Howard’s point of view, and that Jaime is even more difficult to categorize as out-and-out rock music.

For instance, “History Repeats,” the lead single assisted by Shakes bassist Zac Cockrell, dances atop the groundwork laid by Sound—it’s freakier and stranger than anything on that album, but seems like the logical next step in Howard’s musical evolution. Cockrell also plays bass on “He Loves Me,” a short piece of new-age tent gospel propped up by drums that snap with soldierly effect. On it, Howard sings His praises, because His perfect love isn’t contingent upon the number of blunts she faces. The flatly autobiographical and captivating “Goat Head,” where Howard recalls hate crimes and traces the confusion of growing up biracial in the American South, sounds at first blush as if it could’ve been a Noname Gypsy record. But the writing is distinctly Howard’s:

See…
Tomatoes are green
And cotton is white
My heroes are black
So why God got blue eyes?

The album is named for Howard’s late sister, who passed away at the age of 13. Howard learned to play bass, guitar, and drums on her own, but it was her sister who taught her how to write and play the piano. Jaime, however, isn’t about Jaime, but about Howard herself. It’s about her anxieties, her sexuality, her fears—it’s about the life she’s still got, and the meaningful stuff she’s determined to do with it.

In a mission statement about Jaime, which has some songs that are years old and some that were recently finished in Topanga Canyon during a heat wave, Howard wrote about the inspiration she drew from traveling across the United States. She saw the high, the low, the beautiful and the ugly, the natural beauty unmolested by urban sprawl and the sadness of poor and empty towns. The restless, raucous “13th Century Metal,” which arrives about halfway through Jaime, is the song that feels most at the intersection of all those things. It’s full of all kinds of textures and avowals of unity and hope, speeding off the rails at the close, as Howard hangs emphasis, through repetition and processed vocals, on a single call to action: “Give it to love.”

It’s fraught, noisy, and not coy about its politics. I wouldn’t classify it as Americana. But if I had to pick a specific time to listen to this Jaime record, I’d have to go with right now.